Visiting the Blue Grotto in Capri

Colors of blue and transparent, sheathed in silver shadows, calm and dark. In a magical location charactirized by incredible legends that recount stories of fortune and misfortune. An attraction that must be seen at least once in a lifetime to be able to retell about a magical experience… in a few words The Blue Grotto in Capri.

Where is the Blue Grotto

The Blue Grotto in Capri is one of the most popular and loved by tourists from around the world, and you will find it north of Capri in front of the Villa Imperiale of Damecuta, at the base of Monte Solaro. 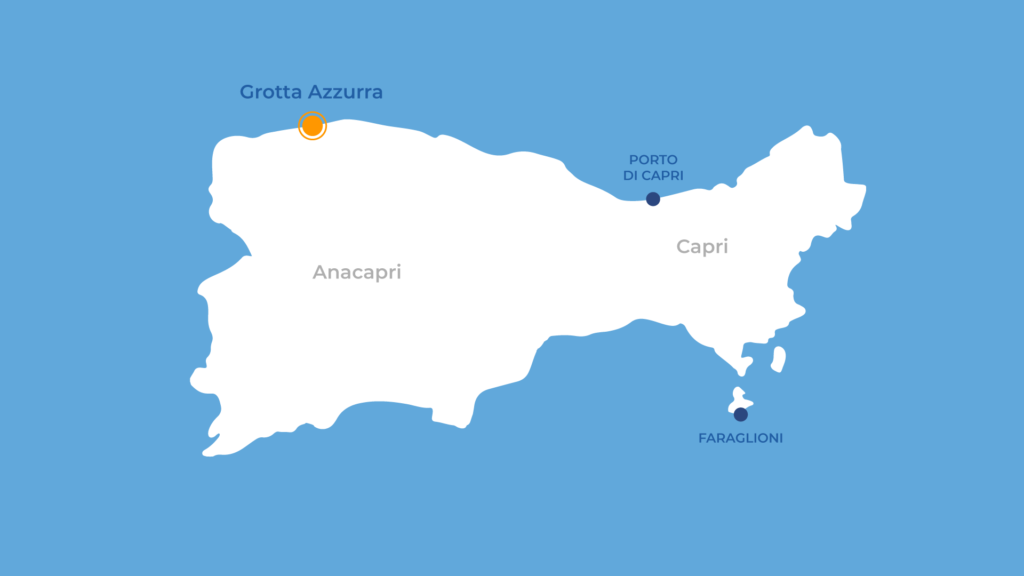 The legend of the Blue Grotto

Certainly one of the attractions to see in Capri, the Blue Grotto is known as far back as the Roman times, in fact the signs of their passing through is evident, in the Blue Grotto and Capri you will see a concrete platform that served as an internal landing place, as well as pagan divinities found on the bottom: one of the statues represent Poseidon, and the other Tritone.

The statues found in the Blue Grotto in Capri are preserved in the Museum of the Certosa of San Giacomo. History says that the Emporer Tiberio had his own private pool.

For many years the grotto was forgotten by the residents of the island, mainly because of rumors that it was inhabited by evil spirits. In 1826 the german painter August Kopisch and a friend Ernst Fries, accompanied by a local fisherman Angelo Ferraro refound the grotto.

Kopisch described the beauty of the Blue Grotto in a book, obviously they did not meet any demons or spirits, only the absolute beauty of the grotto. The illustrations of Ernst Fries tells all. 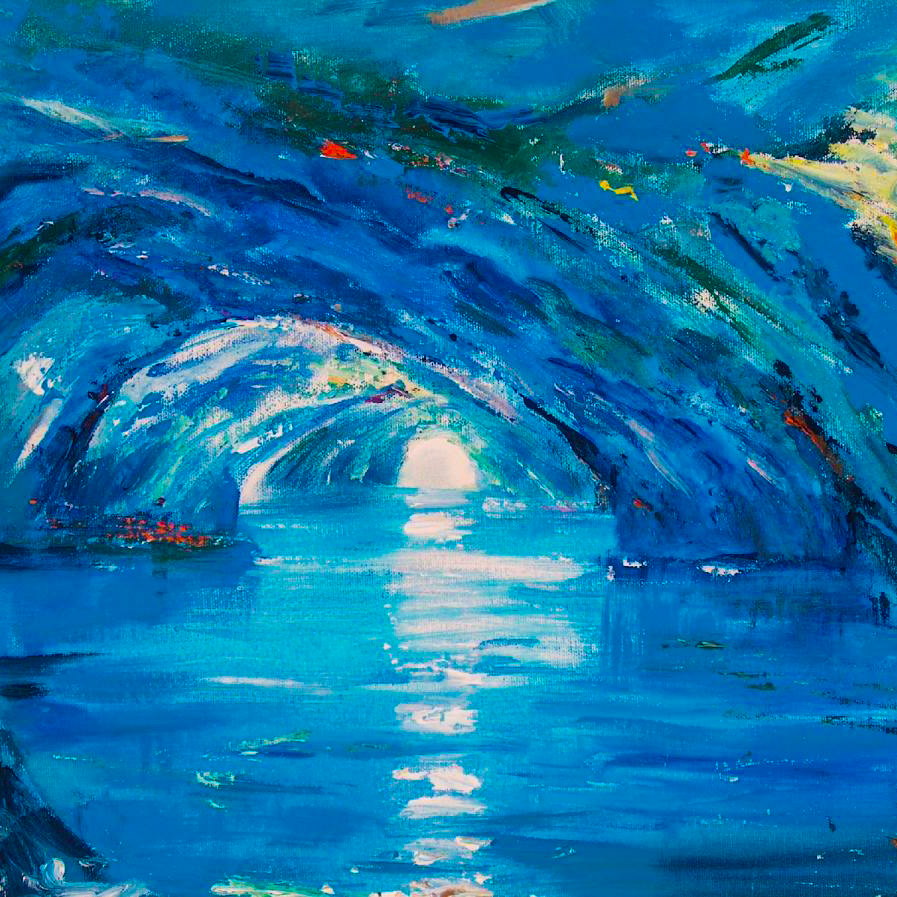 How to visit the Blue Grotto

The Blue Grotto in Capri can be reached in many ways. You can get the local bus from Anacapri (from Piazza delle Pace) or directly from Marina Grande by boat. You can also do an excursion to the Blue Grotto by walking about 3.5km …going down Via Pagliaro and Via Grotta Azzura.

Visiting the Blue Grotto in Capri obviously has a cost, based on age, citizenship and other factors. Generally the cost of a ticket into the grotto is €14 per person. Children under 6 years of age are free, children up to 18 years of age with UE citizenship is €10, from 18 yrs – 25 yrs only €12. The ticket offices are in Marina Grande where you will also depart to visit the Blue Grotto by sea.

The tours organised to visit the Blue Grotto vary, depending how many people, the length of the tour and the type of boat. For example, you can reach the Blue Grotto with a boat shared by a group or by a private tour which you can book directly online on our site sorrentoseatour.com.

Discover the beauty of the Blue Grotto and book your tour at an exclusive price.

The Green Grotto in Capri

Definetly another one of the main attractions to see in Capri is the Green Grotto, known also as the Grotto dei Turchi. The Green Grotto in Capri is a cavity south of the island , known for its green waters, caused by the reflections from walls of the grotto.

To reach the Green Grotto it is possible to book a tour of the island of Capri from the Port of Marina Grande, where you will arrive close to Punta Ventroso on the south of the island. Like our Blue Grotto in Capri Tour, you can also book your Green Grotto directly online on our site sorrentoseatours.com.

Discover the beauty of the Green Grotto and book your tour at an exclusive price.

Not only the breathtaking scenery in Capri, it is an island frequented by millions of tourists from around the world for its traditional local cusine. Not far from the Blue Grotto for example there are many restaurants where you can stop for a break while visiting the island.

There speciality local fish of the day, traditional dishes of the area, and also their Caprese Cake. According to TripAdvisor these are the 10 best restaurants close to the Blue Grotto:

Essentially to be able to say you really have visited Italy the Blue Grotto in Capri is a must on your trip, together with the Faraglioni of Capri, the symbolic rocks of the most exclusive and wonderful Island of the Gulf of Naples, which can be visited in one day with the right tour.